Born in 1937 in Padua, where he still resides, Alberto Biasi is one of the protagonists of Italian art in the postwar period, as well as one of the founders of the historic Gruppo N. He later enrolled in the Department of Architecture at the University of Venice as well as in a top-level industrial design course. Upon the completion of his studies, in 1958 he began teaching drawing and art history at a public school.

From 1969 to 1988, Biasi served as professor of advertising graphic arts at the Professional Institute in Padua. In 1959, he participated in various artistic youth events and, with his architectural student peers, he formed the Gruppo Enne-A. In 1960, he exhibited together with Enrico Castellani, Piero Manzoni, Agostino Bonalumi and other European artists at the Galleria Azimut in Milan.

In this period, especially between 1959 and 1960, Biasi created Trame, rectangular and permeable objects, where the modularity has optical-kinetic implications in the relationship between light and the shifting of a person’s gaze. Soon after realization of the Trame series came another important work: namely, Rilievi ottico-dinamici, overlapping lamellar structures in contrasting colors that spark special visual effects. After his Gruppo N experience, Biasi continued his investigation on the interaction between the spectator and the work of art.

In the span of his sixty-year career, Alberto Biasi has participated in many international exhibitions including the XXXII e XLII Biennale of Venice, the X, XI and XIV Quadriennale of Rome, and the XI Biennale of São Paulo. His works are part of prestigious public collections and museums in Italy and abroad, including the MoMA in New York, the Galleria Nazionale d’Arte Moderna in Rome and the Hermitage Museum in Saint Petersburg. 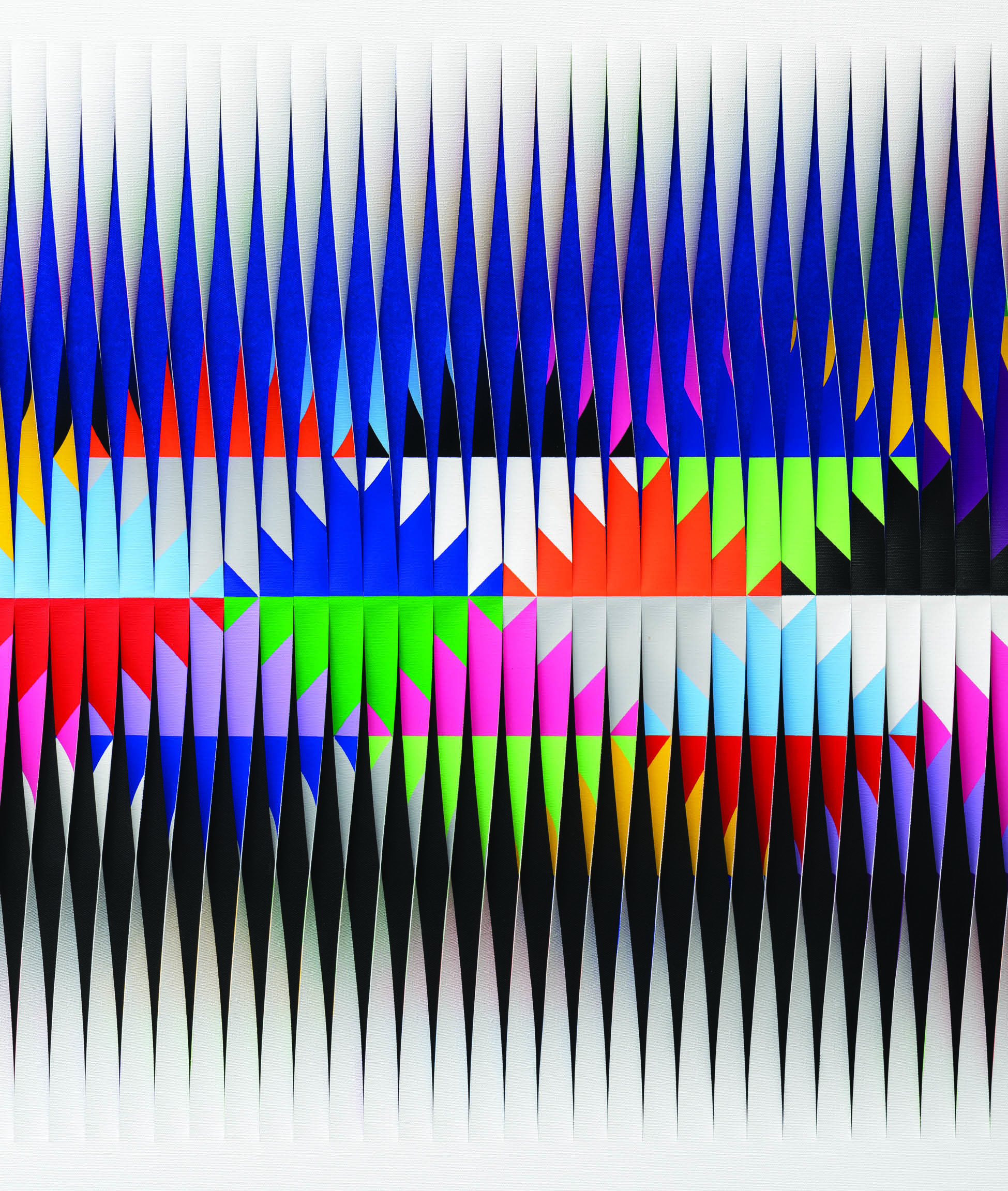 M77 presents The visibility of the invisible, an exhibition project dedicated to the artist Alberto Biasi (Padua, 1937), curated by Alberto Salvadori and specially devised for the spaces of this gallery. The exhibition will be open to the public from Monday 17 May to Sunday 19 September 2021, compatibly with the possible restrictions due to developments in the pandemic.

Alberto Biasi is one of the most important personalities of post-war Italian art: Programmed Art pioneer and co-founder of the historic Gruppo N, Biasi has focused his artistic quest on optic-kinetic research extending to the creation of installations, ambient settings, and more recently, sculptures.

With this exhibition, M77 and curator Alberto Salvadori wished to return to the origins of the Padua- born artist’s very long career, highlighting primarily its gestalt and experiential aspects, along with the revolutionary role that he performed to introduce the concept of ambient/artwork into Italy. The four ambient settings and the installation exhibited at M77 are not based just on space and light, but also, and above all, on the people who visit the worlds that the artist has prepared for them: spectators, with their reactions and responses to the artist’s estranging proposals, are the true protagonists of the work.

The exhibition is accompanied by a catalogue constructed around a text in which curator Alberto Salvadori develops and reconnects the themes developed during a detailed discussion with the artist. The volume comprises archive materials on the works exhibited, a carefully-researched biography of Biasi, and a bibliography. The images are provided by installation views of the exhibition itself.