M77 Gallery presents Hosting Space, a solo show by Grazia Varisco (Milan, 1937) curated by Danilo Eccher which will be open to the public from November 19th 2019 to February 29th 2020.

The exhibition stands as an aesthetic interpenetration aimed at bringing the works into dialogue with the architecture and environments of the gallery, thus proposing a tight visual and three-dimensional investigation on the theme of space and its geometries through a selection of sculptures and installations by the Milanese artist. Grazia Varisco has been a central figure of Italian kinetic and programmed art since its beginnings in the early 1960s. The works selected for the exhibition start from the seventies, a time of productive climax of the Milanese artist, but they also include recent works, bearing witness to the very personal, radical but at the same time organic research carried out by the artist on the grammar of space.

“In my experience the ‘case’ creeps in, like a confused tangle, between probability and doubt. The “case” avoids, tries to dodge the “chaos” and settle in space and time, ignoring the rule that demands precision, regularity, orthogonality, order, chronological sequence. My “If …”, doubtful, lurks in the fold of the page which “breaks” the rule that in typography and book binding it encloses everything in normality “; with these words Varisco interprets and proposes the contents of his research.

The works are so lexicalized in the two floors of the gallery; plans that do not appear as distinct and secluded universes, but rather communicating and interpenetrating. Varisco’s works are hosted spaces, but at the same time they host. And this is how we are greeted by the spatial majesty of works such as the installation Oh! (1996), composed of two circular iron elements that mark the space of the gallery playing on the real or illusory three-dimensionality, from the work Extrapagina (1983) and an extraordinary Grande Dépliant (1983-84) of six meters in length.

Finally, the exhibition includes the enigmatic Meridiana (1974), from which the sculpture Gnom-one, two, three originates, in which a portion of the raised perimeter creates a shadow that projects onto the plane in contrast with the shadows drawn by the artist and four Spazi Potenziali (1973-76) in which two metal frames derived from the perimeter of the works themselves, hanging from a grid of nails, create the imbalance and represent, in an extreme synthesis, an idea of ​​programmed randomness.

The exhibition will be accompanied by a catalog in which the curator Danilo Eccher is in dialogue with the artist. 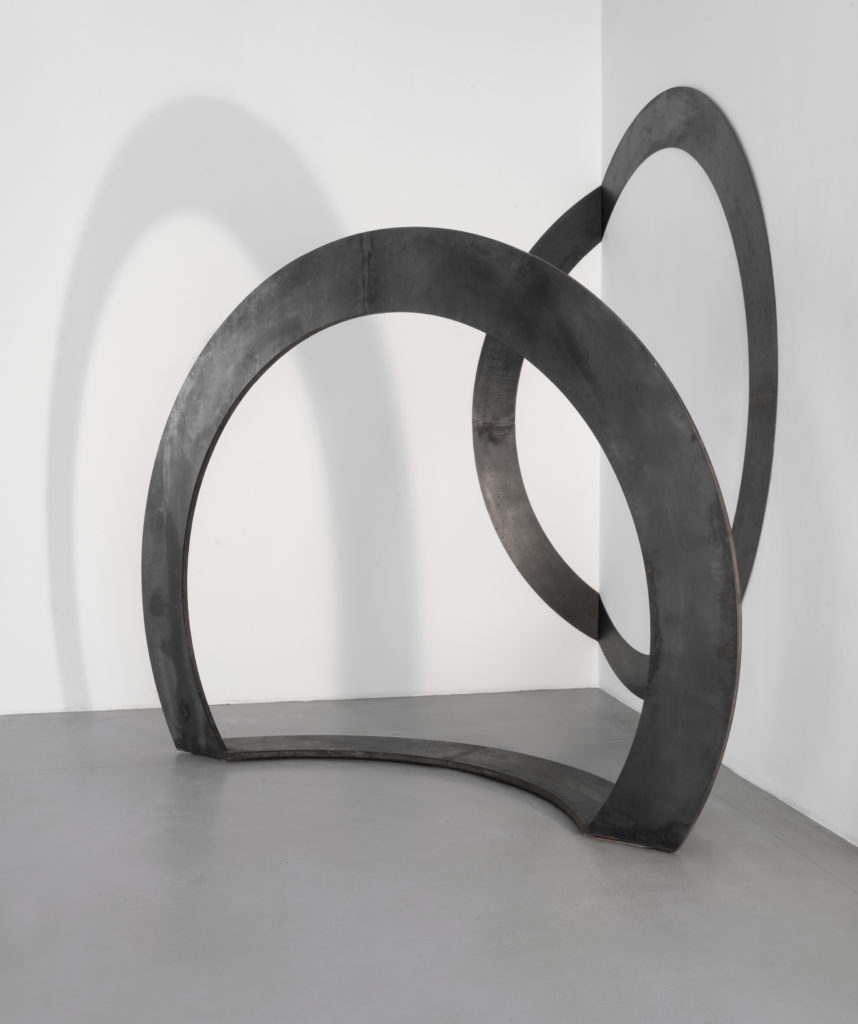