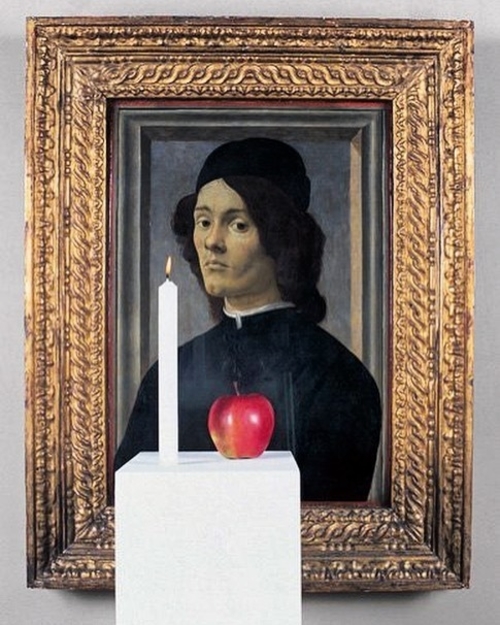 As Frieze Masters opens with the very last privately-owned Botticelli portrait on view here’s a throwback of Braco Dimitrijevic‘s TRIPTYCHOS POST HISTORICUS. In the mid-Seventies Dimitrijevic started incorporating in his installations original paintings borrowed from museum collections. This project was realized in numerous museums around the world such as the Tate Gallery in London, the Louvre in Paris, the Solomon R. Guggenheim Museum in New York (among others), and unites in a harmonious synthesis high art and everyday objects.